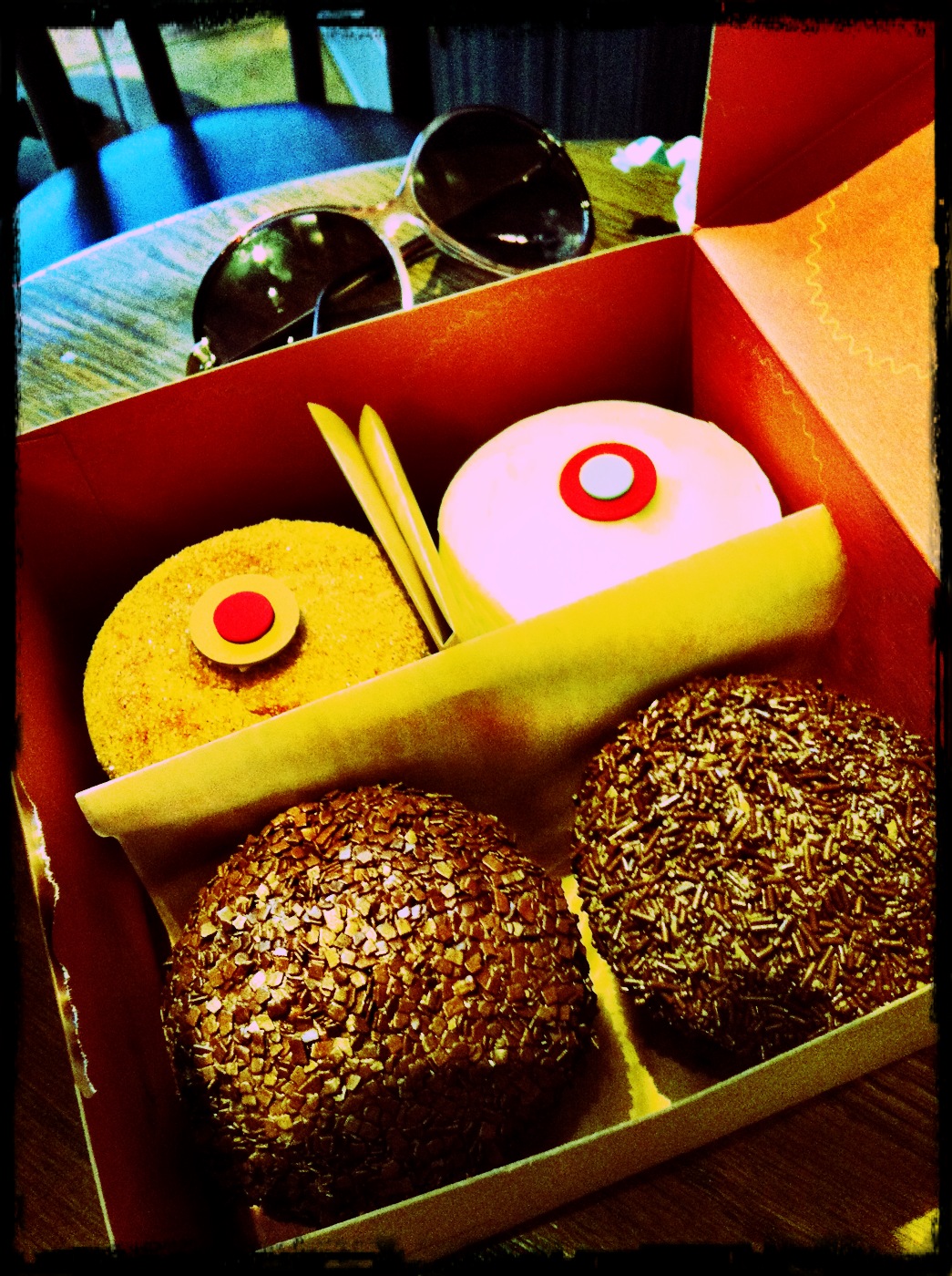 Sprinkle on Some Happiness 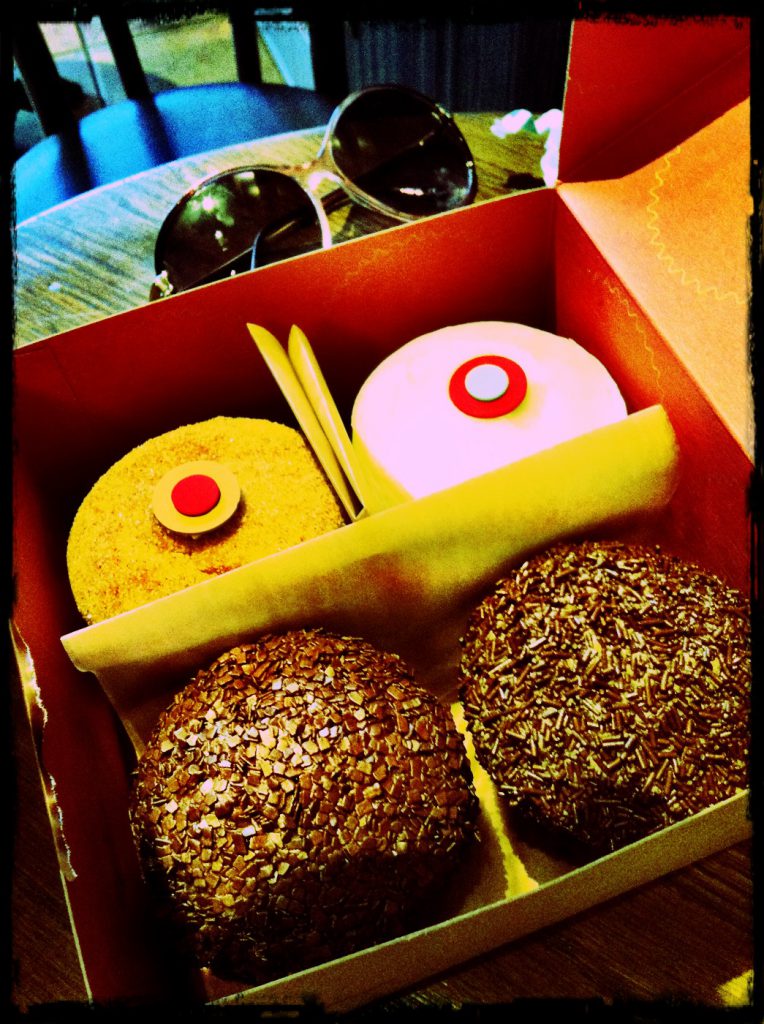 If you live in Los Angeles (or even if you don’t) you have more than likely heard about Sprinkles cupcakes in Beverly Hills. This may seem a bit mainstream for the starving artist, but I’m sorry, these cupcakes are ridiculous. I say that I bring my company here because I feel they need to experience it, but secretly it’s just as much for me as it is for them. Considering Sprinkles is now a nationwide brand, I’m sure you don’t need me to sell you on them. I’m also sure you don’t need me to tell you that they recently launched the world’s first cupcake ATM – now you can get your cupcake fix 24 hours a day 7 days a week. Don’t believe me? Watch this video.

Needless to say, Sprinkles was our next culinary stop after Gladstone’s. Tim and Bees thought it was absurd and hilarious that there was a waiting line for cupcakes. I never really gave it much thought… I guess it is kind of funny. I have two staples when it comes to Sprinkles: dark chocolate and red velvet. Everything else is negotiable. I confess that normally I get a box of 4 for myself whenever I visit, but this time around we got a box of four to share. Saving money AND calories = win. The selection was dark chocolate, red velvet, peanut butter chip, and cinnamon sugar. I’ve had all of these before, and none of them disappoint. The cinnamon sugar doesn’t have frosting, which I was skeptical of at first, but it totally works – it’s like a coffee cake meets old fashioned doughnut meets cupcake. Divine. I dont know what it is, but there’s something about cupcakes that is just so… perfect. Some people say they are nostalgic – me, I just like frosting.

The cupcakes are $3.50 each, which is pretty steep, but once you try one you’ll find yourself not even flinching at spending $14 for a box of 4 (i believe they give discounts for bigger box purchases). As much as the starving artist is frugal, he also loves to splurge when he knows it’s worth it, and friends, this is worth it. So, next time you have guests, bring them by Rodeo Drive then take a casual walk over a few blocks on Santa Monica and pretend to accidentally have stumbled upon it. Or if you just want to brighten your day via a perfectly sweet and decadent treat, then say to hell with excuses, just pull on up and get in line.

Also, I should note that I was having a little too much fun with pixlromatic filters and just realized the Red Velvet Cake looks pink – fear not, it is white 🙂

Ha. I like how you tell your readers to pretend they “stumbled up on it” lol

[…] a minute, turn off the TV, switch off your computer, put your phone on silent, treat yourself to a cupcake, and remind yourself of all that you have accomplished. Remember that the world hasn’t ended, […]

Leave a Reply to “I Like Them A Little Bit!” « MKG- Memories-Keepsakes-Gifts Cancel Reply